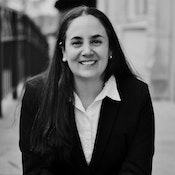 Ms. Jessica S. Palatka is the Director of Human Resource Management and Chief Human Capital Officer (CHCO) and a member of the Senior Executive Service (SES), responsible for providing leadership, developing policies, and directing programs in all aspects of human resources and human capital management and administration for all bureaus of the Department of Commerce (DOC), covering nearly 55,000 employees located in all 50 states, every U.S. territory, and more than 86 countries.

Concurrently, Ms. Palatka is an Adjunct Associate Professor for the University of Maryland, Global Campus, where she teaches undergraduate courses in Human Resources and Business.