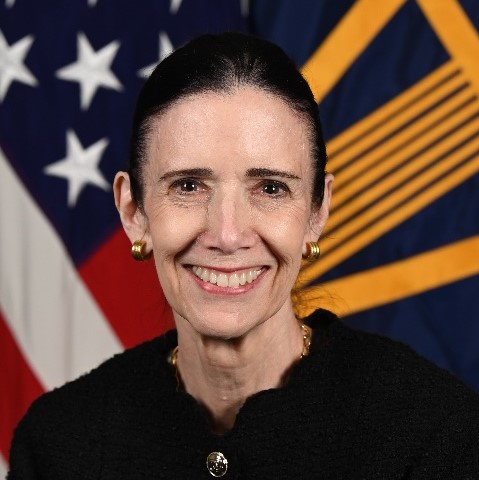 Most recently, Ms. Speight served as a technical advisor for the Defense Civilian Personnel Advisory Service, Labor and Employee Relations Division, where she specialized in representation matters, bargaining obligations, and national security issues covered by the Federal Service Labor-Management Relations Statute. Notably, Ms. Speight led a team of subject matter experts from across the DoD components to amend Executive Order 12171 of 1979, Exclusions from the Federal Labor-Management Relations Program, which exempts from the statute certain agencies whose primary function is intelligence, counterintelligence, investigative, or national security work. Executive Order 13760, of the same title, was signed by former President Obama in January 2017, and was the first major amendment affecting the Department of Defense in 37 years.

Previously, Ms. Speight served in the Senior Executive Service as the Regional Director for the Atlanta Regional Office of the Federal Labor Relations Authority (FLRA) from 2001 to 2009, an independent agency that administers the labor-management relations program for 1.9 million non-Postal Service Federal employees world-wide, approximately 1.1 million of whom are exclusively represented in 2,200 bargaining units. At the FLRA, she was responsible for providing leadership and management of personnel and operations relating to the investigation, analysis, resolution, and litigation of unfair labor practice cases and the processing of representation petitions for cases arising in Alabama, Florida, Georgia, Mississippi, South Carolina, and the U.S. Virgin Islands.

Prior to being appointed as the Atlanta Regional Director, Ms. Speight held multiple positions within the FLRA's Office of the General Counsel where she managed regional operations, conducted agency management assessments, and implemented changes in policy, case handling procedures, and resources. As a recognized expert on representation matters, she was instrumental in reorganizing two Executive Departments and authored amicus curiae briefs on behalf of the Deputy General Counsel that resulted in precedent setting case law decisions. Ms. Speight wrote the operational manuals which guide FLRA employees when processing representation petitions that are still in use today. She settled many high-profile unfair labor practice complaints on behalf of the Office of General Counsel and regularly taught courses at Federal Executive Branch agencies and educational institutions.

Throughout her career, Ms. Speight has received numerous awards and recognition for her performance on behalf of the missions of the agencies and the workforces whom she served and was recognized by President Clinton for creating a workplace policy for employees suffering from HIV/AIDS.